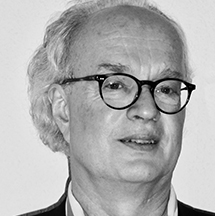 Michael is a German economist in macroeconomics and business administration. He worked with 3M for 25 years, gaining experience in international management assignments in over 50 countries in Europe, East Europe, Middle East and Africa. Michael’s international career began in the early 1990s with the rise of the economic globalization. He is one of the pioneers who contributed to 3M`s development of international business centers in Europe.  In 2010, Michael founded U-COACHING® together with his wife Irina.

[Sassy_Social_Share]
Manage Cookie Consent
To provide the best experiences, we use technologies like cookies to store and/or access device information. Consenting to these technologies will allow us to process data such as browsing behavior or unique IDs on this site. Not consenting or withdrawing consent, may adversely affect certain features and functions.
Manage options Manage services Manage vendors Read more about these purposes
View preferences
{title} {title} {title}